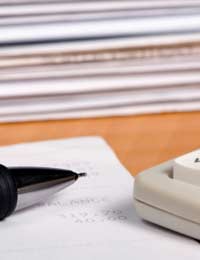 What is an Endowment Mortgage?

In a way this is similar to an insurance in that it is guaranteed to pay off the mortgage at the end of its term provided of course that you have not defaulted on any payments and there have been no unforeseen circumstances which may have reduced the amount of the overall policy.

An endowment policy is made up of the money that has been accrued from investments. When you take out an endowment policy the money is invested with any number of ventures in the hope that it will make a return. This return is then used to offset the value of your mortgage at the end of its period.

As with other investment opportunities however it is important to note that the value of these policies can go up as well as down, dependant of course on how much money is raised by the investments made.

There has been in the past a lot of press and media coverage over the shortfalls incurred by endowment mortgages. This was due to a considerable number of financial advisors and mortgage lenders misrepresenting - and in some cases mis-selling the policies. As a result shortfalls were incurred by with the help of the Financial Services Authority (FSA) those individuals who suffered a shortfall in their endowment mortgage were able to claim compensation.

Since then the rules and regulations governing the sale and operation of endowment mortgages have been tightened considerably making it very difficult for anyone interested in an endowment mortgage to be misinformed or misrepresented.

As always however we would recommend you speak to an independent financial advisor before entering into any endowment mortgage or investment plan.

If you are interested in an endowment you may find that you are greeted with a mix of terminology; one of the key phrases used will be 'Terminal Bonuses'. A 'Terminal Bonus' in regard to an endowment is a figure that may or may not be paid at the end of the endowment's lifespan. When your policy matures your insurance company may add this to your policy if there is sufficient to cover the mortgage and clear it outright. However if there is a shortfall, which there can be if the investments made have not flourished, then this bonus may not be added or you may not see the benefit of it.

Again before entering into any agreement regarding endowments you should consult with an independent financial advisor.

When is an Endowment Paid?

An endowment will be paid either upon the death of the person or persons who have taken it out - thus paying off the mortgage and freeing the property purchased by the individual(s) to be willed to children or other family members. Alternatively if the policy owner is alive at the end of the policy's term the mortgage will be cleared and the person is free to do what they wish with the property; i.e.: sell it or gift it to another family member.

Again however we cannot stress enough the importance of discussing such matters thoroughly with an independent financial advisor before entering into any agreements.

Likewise if you are currently paying for an endowment and feel that you have been misinformed then you should contact the Financial Services Authority. You will find more information on their website, the address of which is www.fsa.gov.uk.

Where Can I Get a 10% Deposit?
Share Your Story, Join the Discussion or Seek Advice..
I am an Occupational Therapist and have a keyworker equity loan on my one bedroom conversion flat.I am overcrowded with an eight year old son who has never had his own bedroom yet due to the fact I have to be a locum OT the housing association will not let me port the loan to a two bedroom property. They say I am not a permanent and therefore am not classed asa keyworker, any longer.This is ridiculous as the London Borough I work are so short staffed they cannot even recruit much needed permanent workers!!So I am effectively stuck working in my profession but unable to afford housing - the system stinks and these idiots who "police" these schemes ie these housing associations should apply an ounce of common sense - after all I did not leave my profession I was made redundant from a permanent role because of the usual "re-structuring" that LA's do every so often.Any advice here?thanks
elmo - 23-Sep-12 @ 9:45 AM
Title:
(never shown)
Firstname:
(never shown)
Surname:
(never shown)
Email:
(never shown)
Nickname:
(shown)
Comment:
Validate: