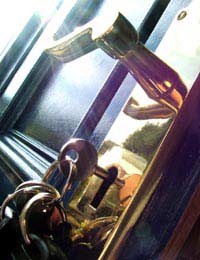 The average age of a first-time buyer has slowly been creeping up over the last ten years.

For most first-time buyers the days are gone when you could move out of your parent’s home and into a three-bedroom semi-detached house.

Nowadays for most people buying in their twenties is merely a pipedream and they consider themselves lucky if they can manage to buy a bedsit.

What Is A First-Time Buyer?

First-time buyers who are returning to the market are normally those who have been divorced and are buying for the first-time on their own, or somebody who has been renting for a long period of time and is now returning to buying.

Those who are returning to the first-time buyer market are normally older and have larger deposits, so they can distort the figures.

How The Average Age Has Increased

Research from the National Housing Federation, which represents England’s housing associations, reveals the average age of a first-time buyer is around 43 years-old.

And this is providing the buyer has not had any children and have successfully saved up a large deposit.Just over ten years ago between 1998 – 1999, around 54% of first-time buyers were below 25 years old, showing a stark contrast to those buying nowadays.

The average first-time buyer might be in their forties in certain parts of the UK, but in others it can be as old as 50.

For those that live in London, they are unlikely to be able to afford a mortgage until they are 52-years old.First-time buyers in the South West, will on average get their first mortgage at 48, and in the South East, any house warming parties will have to wait until they reach at least 45.

Below is a regional breakdown of what the average age of a first-time buyer in each area.

The National Housing Federation commissioned Oxford Economics to calculate how long the average 21-year-old would have to wait until they could afford both a deposit of 20% and earn enough money to qualify for a mortgage.

Its study found that men will be able to afford a home at 40 on average, seven years earlier than women – who typically earn less.

This will mean women will have to save for a deposit over a longer period and will not be able to get on the property ladder as early.

But it’s good news for those who are in couples and relationships from the age of 21 because they will be able to afford their own home at 27, based on their joint income multiplied by 3.75.

Home ownership still remains a pipe dream for many first-time buyers. The tightening of mortgage lending and the gradual increase in house prices means for many buying in their twenties is out of the question. Without the help of parents and a large deposit, many will struggle to own a home until they are at least 30.

So if you are thinking of owning your own property it’s a good idea to start saving early.

Effect of a Recession on Mortgage Repayments